The full-page ad features a young boy studying by lantern light, one of the billion people worldwide who lack access to affordable, reliable electricity. Exports of American natural gas could help him and others suffering from energy poverty raise their standard of living. According to a recent report by the International Energy Agency, the United States again leads the world in reducing greenhouse gas emissions, largely because of increased natural gas electricity generation. In addition to the environmental benefits, abundant supplies of American natural gas have kept home heating prices so low that 11,000 deaths are averted annually during cold weather.
'> 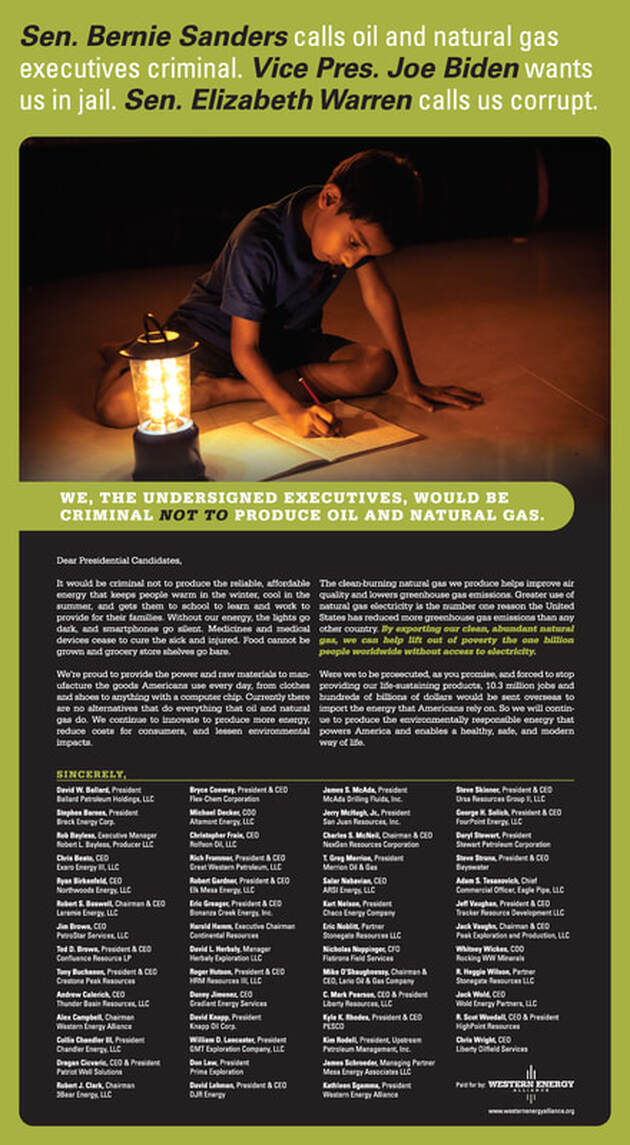