The Voice of the Industry in the West 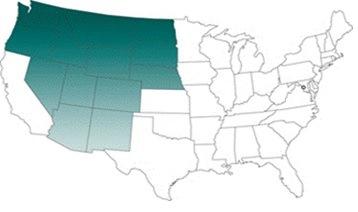 Western Energy Alliance represents 200 member companies engaged in all aspects of environmentally responsible exploration and production (E&P) of oil and natural gas in the West. The Alliance represents independent oil and gas producers, the majority of which are small businesses with an average of fourteen employees.

Since 1974, the Alliance has been the voice of the Western oil and natural gas industry, representing the “upstream” segment of the industry. As our name indicates, we collaborate with an alliance of stakeholders who share an interest in a vibrant western economy with robust job creation. We are dedicated to working with stakeholders across the region, including the public; federal, state, and local policy makers; regulatory agencies; the media; the business community; allied trade associations; civic organizations and others on all issues affecting the western oil and natural gas industry.

We are experts on federal legislative, regulatory, environmental, public lands and other policy issues affecting the oil and natural gas industry. We support policies encouraging job growth, investment and timely access to western federal lands.  Our members operate on public and nonpublic lands throughout the West, and are actively engaged in federal leasing, development and production on all public lands states including California, Colorado, Montana, Nevada, New Mexico, North Dakota, Utah, and Wyoming.

The Alliance is comprised of an outstanding professional staff, active working committees, and a committed board of directors and advisors who collaborate as advocates for independent oil and natural gas operating in the West.

Kathleen Sgamma, President
Kathleen joined Western Energy Alliance in March 2006. Previously, she spent eleven years in the Information Technology sector, including establishing the European consulting practice and a German subsidiary for a software vendor, and three years as a Military Intelligence Officer in the US Army. She holds a B.S. in Political Science/Defense and Arms Control Studies from the Massachusetts Institute of Technology and an M.S. in Information Technology from Virginia Tech.

Aaron Johnson, Vice President of Public Affairs
Joining the Western Energy Alliance team in November 2013, Aaron comes with experience in public policy and corporate communications. Prior to Western Energy Alliance, Aaron served on Capitol Hill as a communications director and legislative aide in addition to working in the defense contracting and consumer electronics sectors. He is responsible for media relations and community outreach. Aaron received his MBA from George Mason University and B.A. in Economics at the University of Colorado.

​Tripp Parks, Vice President of Government Affairs
Tripp joined the Western Energy Alliance team in March 2015. Before joining the Alliance, Tripp worked for more than seven years as an aide to U.S. Senator Tom Coburn, M.D. in several roles, most recently serving as Counsel and Legislative Assistant on energy issues. In this position he gained pertinent experience on issues relating to public and tribal lands, as well as the endangered species listing process and other wildlife topics. Tripp holds a B.A. in Political Science and Policy Studies from Rice University and a J.D. from the University of Virginia School of Law.

​Gina Brooke, ​Vice President of Operations
Gina joined Western Energy Alliance in August 2011. Prior to joining the Alliance, Gina worked in roles spanning banking and operations to purchasing, as well as managing a small business. Gina is responsible for supporting the entire staff and membership of Western Energy Alliance and brings a high level of attention and excellent support. ​Sally Hallingstad, ​Business Development Manager
From creating collateral and planning a variety of events, Sally has a wide range of program/event development, community outreach, and marketing and communications experience. Prior to joining the Alliance team in January 2021, Sally worked in Corporate & Community Relations at Whiting Oil & Gas and as the Executive Director for the Denver Petroleum Club. Her passion for connecting members with the tools and resources they need will help with overall membership growth for the organization.